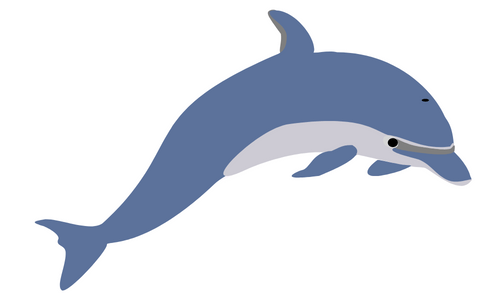 A dolphin is an aquatic mammal.

Dolphins have 2 stomachs, one to store food and one to digest.

Dolphins are known for their intelligence and their friendly nature.

Dolphins live in the seas, rivers and oceans.

Dolphin is considered one of the most intelligent animals in the world.

Dolphins use their strong teeth to hold their prey.

Some species of dolphin are on the verge of extinction.

The most common dolphin is the bottlenose dolphin.

They are very friendly and playful.

A group of dolphins is called a “pod”.

Dolphins are also found in the Ganges River of India.

Dolphins live in water, but they do not have gills.

Dolphins can live up to 50 years.